How Parenting Makes You a Better Leader 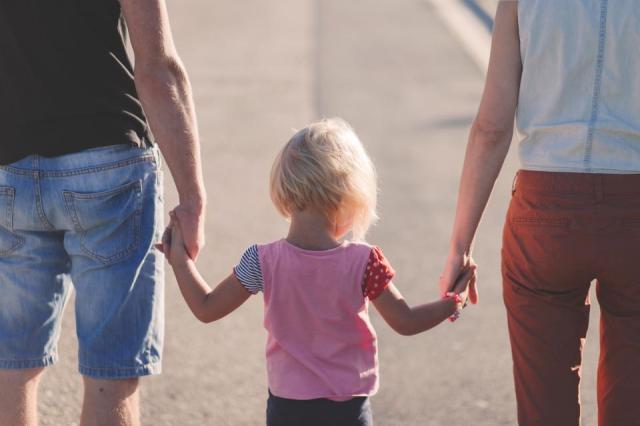 Jim Rohn used to say, “There is no greater leadership challenge than parenting.”

Boy, he was right.

Disclaimer: I’m still working to perfect these skills. I’ve got a long way to go, and I certainly wouldn’t consider myself a parenting expert by any stretch.

With that in mind, here are the seven best leadership lessons I’ve learned while raising kids that also apply to leading sales teams.

1. Listen until the last drop

When working full time and also raising kids, things are busy and hectic, and it’s very easy to be stretched thin.

With that, I often times find myself listening to something one of my kids is saying or needing, and my natural instinct is to jump in and offer the solution they need, so we can all move on.

Sometimes, I’m so quick I’ve got their solution before they even finish stating their problem. I know. I’m working on that one.

It’s human instinct, as a parent and as a sales leader, to respond with someone’s problem by jumping into “fix it” mode.

Think of the best manager, coach, or teacher you’ve ever had. I’d be willing to bet, when one of their students brought a concern to them, they listened to everything that person had to say. Everything, almost to the point where they waited so long to respond that it was almost uncomfortable.

Then, instead of a response, or a statement of advice, they ask another question to make sure they really understand the problem being presented to them. Additionally, they are able to hear what’s being spoken, and also what’s not being spoken.

2. You can set the direction, but they have to do it

Whether you’re talking to your children about school, or working with a sales rep to lay out a sales plan for the year, having a plan is critical.

What’s also critical is to understand that once the plan has been created, and the disciple has agreed to the activity, they are the one that needs to do it.

You can help them throughout and make sure they stay on track, and also provide them additional support and resources throughout the process, if needed.

But it’s their responsibility to get the job done.

Best-selling author and sales keynote speaker Mark Hunter says, “Leadership is measured by what those you lead do when you’re not present.”

Newer managers, especially those who previously worked in the trenches in the industry they manage, will have a tendency to jump in and do everything for their employees.

Big mistake, and it’s definitely one I made far too many times early on.

The ultimate goal of coaching is to help someone improve so they are more effective. If people don’t learn to operate independently, they will never learn how to do it on their own.

Also, if you are out making the sales for them, you don’t have a truly objective, accurate method for assessing and managing their performance appropriately either.

3. Give them space to make mistakes

There is great value to making mistakes. That’s one of the ways us humans learn.

Nothing teaches a lesson as well as losing does.

Often times, after a big loss is when true winners reach breakthrough moments.

During last school year, one of my daughters was starting to get sloppy with her homework. Despite the best efforts of my wife and I, it wasn’t sinking in. So she continued racing through her work, and didn’t fully realize the implications of her actions until her mid-semester progress report card came.

That was all the validation we neeeded. Once she saw her grades, which weren’t acceptable to her or us, she realized a course correction was needed. At that point, she was open to feedback that would help her.

So we scheduled a meeting with her teacher, who laid out the areas where she wasn’t meeting expectations, and we worked together to figure out a plan she could follow to bring her grades up.

Allowing her to make that mistake, and feel that sense of failure and loss, was clearly what she needed for things to sink in. She’s probably already forgotten the lesson, but for me, as a parent, it taught a huge lesson.

Conversely, there are some mistakes you can’t let them make. In my opinion, the two times to step in are if the stakes are too high for a miss, or if the situation is physically dangerous.

Everyone makes mistakes, and letting people make, and learn from them, can be an extremely effective learning tool.

This is a tough one, especially when you have two daughters in their pre-teen years and you walk into their bedroom before bedtime. I never knew kids could acquire so much at such an early age.

I believe the key to people accepting constructive feedback lies in creating an environment where they know how valued they are. It’s easy to point out what isn’t going well.

Regardless of how bad someone may be doing, there are almost always positives you can highlight.

Think about it: when a sales rep is off track, despite how bad the numbers are, usually they are more on track than off. For example, if a rep is at 75% to her quota for the year, she’s clearly not meeting expectations. However, she’s still doing more right than wrong.

You can clearly communicate where expectations are not being met, and the areas where you feel improvement is needed, but don’t neglect to discuss the things you feel that person is doing well.

Some sales leaders may disagree with this approach, and certainly there are occasionally scenarios where things are so bad that it’s difficult to keep a positive tone.

However, you have to ask yourself: “What is the ultimate goal?”

In most cases, the goal of leadership is to create an environment where the person you are coaching will change the behavior and turn around performance. A rule I try to follow is to give two pieces of positive feedback for every piece of constructive feedback.

Let people build from the things they are good at. Then focus on how to bring up the areas that need development.

5. Love the person, but correct the behavior

Theodore Roosevelt coined the phrase: “People don’t care how much you know until they know how much you care.” There is a lot of truth to that statement, especially when it comes to leading others and correcting actions and behavior.

A general rule to follow is: say yes to the person and no to the behavior.

This rule is a lot easier to follow as a parent than a sales leader. As a parent, you can’t get rid of your kid, whereas you certainly can as an employer.

While there are always exceptions to this theory, I operate under the assumption that most people want to do well and be responsible, and that it’s not usually their intent to deceive or be unruly.

Most people are good in nature. And despite that, from time to time we all can get off course. So remember this: usually you can’t change the person a whole lot, but you can help them correct their course.

Ultimately, following the right course over an extended period of time is one of the things that makes an even better person.

Sometimes people aren’t good. I measure employees based off of attitude, effort, and skill level. If someone has a great attitude and a stellar work ethic, you can always coach and develop them on the skill part.

However, if you have a bad apple who’s attitude stinks, and you know isn’t taking the necessary actions you need them to, get rid of them as fast as you can.

6. Don’t shy away from uncomfortable conversations

If you see something that needs to be corrected, the best time to point it out is in the moment. I believe that fast, hard coaching is the best way for people to learn, and it’s the fastest way to coach to the results you want to see.

Allowing a child to continue making the same homework mistake or the same interruption in public doesn’t do that child any favors. It will only allow the habit to continue, further ingraining in their subconscious the habit you are trying to help them break.

Likewise, allowing a sales rep to continue pitching his product in a way that doesn’t fully connect with, or could potentially turn off a customer, is disastrous, to the rep, the company, and the customer. Especially if your product or service could really be beneficial to that customer.

Handling issues in the moment, even if it creates an uncomfortable situation, allows you to teach the way things need to be done in a way where they will actually happen, and much faster as well.

Managers that shy away from uncomfortable conversations are not true leaders in my book.

Often times, when parents are in trouble with the law and defiant toward authorities, the children grow up and have the same problems.

In the leadership course Integrity Coaching, Ron Willingham says, “people will find the level that’s acceptable to the leader, and then settle just below that level.”

It’s no surprise why football coaches like Nick Saban, Urban Meyer, and Jim Harbaugh win everywhere they go. They are certainly great recruiters, game planners, and coaches. No doubt about that.

But the real reason their teams always succeed is because they lead by the example they want to see their players and coaches follow. Their student-athletes have discovered the level they find acceptable to themselves (which is much higher than most), and they’ve settled just below that.

They show up on time, fully prepared, fully present, and ready to make an impact. And their players show up ready to do the same. The results speak for themselves.

How are you leading your children, and your sales team?

Bret Barrie was a Hall-of-Fame and Presidents’ Club-winning sales rep and is a top-producing sales leader in the medical device industry. He is also the author of The Selling Edge: How to Reach the Top in any Sales Industry. A baseball enthusiast and fitness junkie, he is happily married with three children and lives in the greater Sacramento area. For more information, visit bretbarrie.com.